Stateline, an Initiative of the Pew Charitable Trusts

The Democrat particularly blames cities’ longtime embrace of single-family zoning, which he says has contributed to a housing shortage that’s pushing up rents and home prices and encouraging sprawl. “It’s not sustainable,” Wiener recently told Stateline.

As state lawmakers look for ways to bring down housing costs, a growing number are taking aim at the American dream of a family home surrounded by a white picket fence.

Wiener, for example, filed a high-profile bill that would have allowed developers to build duplexes and apartment buildings in some California neighborhoods currently zoned for single-family homes.

While Wiener’s bill did not get far this session, the debate over zoning is far from over. Not only are lawmakers expected to propose other land-use bills this year in California, but lawmakers in other states also have proposed overriding local zoning and building requirements.

The trend suggests that some people are souring on suburbia, said Richard Kahlenberg, director of K-12 equity and a senior fellow of the Century Foundation, a nonpartisan think tank based in New York City.

Even white, middle-class people are facing an affordability crunch in certain jurisdictions,” he said. “That adds to the coalition of environmentalists and civil rights groups that have always known that single-family zoning is problematic.”

While homebuilders in general have cheered proposals that would cut local requirements, city leaders and some residents have objected to bills that would reduce their control over land-use decisions. The proposals also have divided affordable housing advocates, with some fearing that they’ll lead to more high-end apartments and expensive townhomes rather than units low-income people can afford.

In California, “there is this debate between market dynamics and the need to invest in some sort of subsidized housing,” said Matt Schwartz, president and CEO of the California Housing Partnership, a San Francisco-based nonprofit created by the legislature in 1988.

Twenty-eight states and Washington, D.C., last year passed a variety of legislation that addresses the housing affordability problem, from tax credits for developers to rental assistance and eviction protections for residents, said Sarah Scherer, a policy associate at the National Conference of State Legislatures, a nonprofit with offices in Denver and D.C. California, Washington and Hawaii passed the most laws.

Both Democratic and Republican governors are calling for affordable housing fixes. In New Hampshire, Republican Gov. Chris Sununu backs a pair of bills — filed by a bipartisan group of young lawmakers — that would offer localities more planning assistance and tax incentives and require planning and zoning boards to streamline building approvals.

It really is an issue that affects everyone, but especially young people,” said Republican state Rep. Joe Alexander, who’s sponsoring one of the housing bills.

Among the diverse efforts, state zoning proposals have become a hot topic, said Flora Arabo, national senior director of state and local policy at Enterprise Community Partners, a housing nonprofit based in Columbia, Maryland. “I’ve only seen the conversation increasing.”

In addition to Wiener’s bill in California, Democrats have put forward legislation that would allow the construction of accessory dwelling units — also known as granny flats — or duplexes and townhomes on single-family plots in Virginia, Maryland and Nebraska.

Oregon last year became the first state to require most cities to allow duplexes on single-family properties, and larger cities to allow townhouses, triplexes and fourplexes.

A Georgia bill would copy North Carolina and Arkansas and ban cities from requiring most one- or two-family homes to have a particular aesthetic, such as a certain number of windows. Supporters of the bill argue that such requirements violate private property rights and can raise development costs.

“I don’t want the government to tell me what color my house has to be,” said Georgia state Rep. Vance Smith, the bill’s Republican sponsor.

Wiener said his bill would increase the supply of both market-rate and affordable housing, and he recently announced amendments that would give cities more control over how they increase density.

But his critics weren't satisfied. When Wiener held a news conference in Oakland last month to tout his Senate Bill 50, he was shouted down by members of an anti-homelessness group called Moms for Housing, who in an online statement argued that the bill would benefit “real estate speculators.”

Nearly half of U.S. renters spend more than a third of their earnings on housing, according to the center, down 3 percentage points from 2011. The U.S. Department of Housing and Urban Development (HUD) counts people who spend that much on housing as “cost-burdened.”

However, the share of cost-burdened middle-class renters increased and the share among very-low-income renters stayed the same.

Inexpensive units — $800 or less a month — are disappearing, the center found. At least half of the low-cost units in metro areas such as Austin, Texas; Denver, Colorado; and Portland, Oregon, have gone since 2011. Most new housing these days is built for the high end of the market, the center found.

Fewer people are experiencing homelessness today than in 2011, but the number has ticked back up in recent years. Since 2015, the homeless population jumped by double-digit percentages in five Western states, led by California at 30%, according to HUD.

Housing experts say many factors are to blame for housing price increases. Land, labor and material costs have gone up in many jurisdictions. Developers have been slow to embrace cheaper production technologies, such as factory-built modular homes.

Local regulations and planning bureaucracy can restrict what can be built and slow projects down. City and state development fees and requirements add to building costs.

And as housing prices have risen, many people’s earnings haven’t kept pace.

Increasing rents alone are not problematic, if wages can keep up,” said Arabo, of Enterprise Community Partners. “They just haven’t.”

Meanwhile, inadequate congressional funding means only a quarter of very-low-income people get the federal housing vouchers they are eligible for.

The federal government stopped paying for new public housing decades ago, leaving cities and states to piece together money to subsidize units.

Housing affordability is particularly pressing in California, which is home to 12% of U.S. residents but, according to HUD, 27% of the nation’s homeless people.

Homebuilders and real estate agents there have championed efforts to roll back zoning regulations, such as Wiener’s plan to override single-family zoning rules near public transit and job centers.

In California, it can take 20 years to complete a development that in Texas would take a year or less, said Dan Dunmoyer, president and CEO of the Sacramento-based California Building Industry Association. Local fees can increase the price of a California home by hundreds of thousands of dollars.

“It’s cheaper to build three units as a triplex than it is to build three separate single-family houses,” Dunmoyer said. “You get some economies of scale.” Cities, however, oppose bills that would take away local control. “We obviously have serious concerns about allowing developers to dictate land-use policy in our jurisdictions,” said Jason Rhine, assistant legislative director for the League of California Cities, a Sacramento-based association.

The league opposes Senate Bill 50 and expects California lawmakers to put forward new bills this year that would override local rules, such as by allowing the construction of accessory dwelling units.

“I don’t know where we’re going to end up on those,” Rhine said, “but that’s certainly been a hot topic among cities.”

The league supports a bill that would give cities money for affordable housing and other development projects. But Democratic Gov. Gavin Newsom last year vetoed a prior version, saying that a program costing $2 billion a year should be part of budget negotiations.

Zoning changes put a much smaller dent in the state budget. Legislative analysts projected it would cost about $325,000 to administer Senate Bill 50.

Some affordable housing advocates worry that increasing the overall housing supply will accelerate gentrification and fail to create more homes for low-income people.

We’re really interested in legislation that specifically targets families that are struggling the most,” said David Zisser, associate director of Housing California, a Sacramento-based group advocating for people who are homeless or in need of affordable housing.

California lawmakers have introduced so many housing bills that they may end up passing a package that addresses land-use policy and money for affordable housing, he said. “We need both.”

That’s because California law requires cities to plan to house all residents and update their plans every eight years. Some cities are seeing big increases in housing need this planning cycle, Rhine said. “Our cities are going to have to increase allowable densities, in all likelihood, in order to address those numbers.” 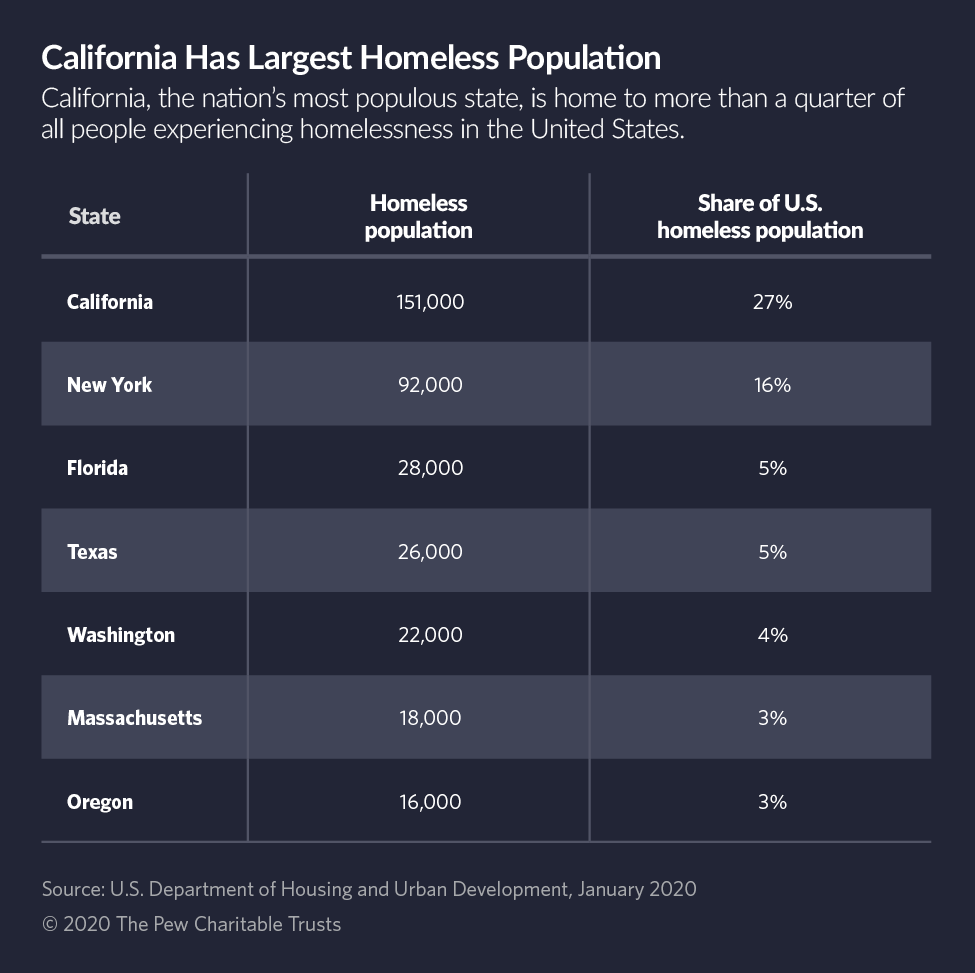 Yet some activists say the federal government needs to step in. “I don’t see the states and the cities replacing the loss of federal funding,” said Paul Boden, executive director of the Western Regional Advocacy Project, a San Francisco-based group that advocates for homeless people.