This excerpt from a synthetic drug abuse guide for teachers and parents explains the challenges to governments in addressing the risks of commercial synthetic drugs.

Editor's Note: The following is an excerpt from Serhat Pala's Synthetic Drug Abuse: A Guide for Teachers and Parents which offers possible symptoms to help identify drug abuse and strategies for prevention. In this excerpt from Chapter 1, Pala talks about how synthetic drugs items, known as "Spice" or K2," are sold, evade detection and are banned by federal and state governments. 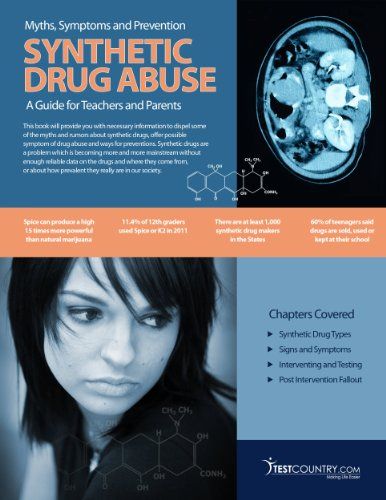 Where do they come from, and what are governments doing to protect us?

One of the scarier things about these new drugs is the ease with which they find their way into our economy. I mentioned earlier that synthetic drugs could be purchased pretty much anywhere, and that is one of their main attractions for teenagers: it is easy to find and it is cheap. In the United States, you could get your supply from convenience stores, gas stations, and online before the government catches up. By mid-2010 eight states had banned the more common active ingredients, and more are currently working on legislation. European governments began banning them in 2009 after noticing an increase in emergency room visits for patients experiencing symptoms of using the drug (Friedman). Currently, the United States Army, Marines, and Navy have taken it upon themselves to ban the substances on their own, and violators face expulsion (Hanson, et al). The drugs evaded detection by the Drug Enforcement Agency (DEA) because it is typically sold as incense. It is also difficult for governments to keep up because as soon as one is banned, the creators synthesize a new drug with the same or more dangerous effects.

The DEA instituted a ban of 5 of the most common chemical compounds, but the manufacturers are constantly changing the chemical structures of what they use (Leary).  These chemicals are JWH-018, JWH-073, JWH-200, CP-47,497, and cannabicyclohexanol. This means that the chemicals are listed as a “Schedule 1 drugs” under federal laws, which means they have a high potential for abuse, they have no medical purpose, and are unsafe. As of March 1, 2012, an emergency extension was granted on the ban of those 5 chemicals as legislation is pending in the Senate to allow for permanent control. The legislation is being primarily opposed by Senator Rand Paul, who believes that the war on drugs is failing and continuing to write laws that are difficult to enforce and put strains on the justice system will do more harm than good and waste money. Other groups in opposition are the Drug Policy Alliance, the American Civil Liberties Union, and the NAACP, among others. They point out that while the war on drugs has cost us over a trillion dollars and placed strains on jails and local law enforcement drugs are still cheap, dangerous, and “readily available in every community” (Smith).

The drugs are produced all over the world. Hotbeds seem to be China, the Koreas, Burma, the Netherlands, West Africa, and Latin America, according to the UNODC. The report they released in 2011 says that for manufacturers, synthetic drugs are ideal because they can be made anywhere with little investment, instead of being based on plants like cocaine and marijuana are. But, this doesn’t leave the United States out of the picture. According to a study done in 2011, there are at least 1,000 synthetic drug makers in the States. It is a “quasi-industry worth billions” (van Wormer and Dais).

Reprinted from Synthetic Drug Abuse by Serhat Pala and Grace Fisher published by Turqus with permission from TestCountry.com.

Leary, George E. What's Wrong with My Kid?: When Drugs or Alcohol Might Be a Problem and What to Do about It. Center City, MN: Hazelden, 2012. Print.

Serhat Pala is a drug and alcohol testing expert with over 17 years of experience. He has helped to form TestCountry.com and ConfirmBiosciences.com, two companies dedicated to supporting safety in the workplace. He offers accurate and valuable information to businesses, employers, and hospitals. Serhat is also an accomplished author, and writes about topics related to entrepreneurship.

This Montana school will be among first in US to reopen