3 things you need to know about the new coronavirus

The new coronavirus is an evolving health situation, but as with any viral infection, classic preventative techniques are essential to slow any potential outbreak

Updated February 11, 2020. As the death toll from this new strain of coronavirus soars worldwide, many in the U.S. are becoming increasingly fearful of their own risk, so much so that their avoidance of Chinatowns around the country are harming many local businesses. But as Dr. Jennifer Lo, medical director of the Boston Public Health Commission, told NPR this morning, these fears are misplaced. "Right now in Boston, the risk of getting the flu is significantly higher," she said, even though Boston is one of the cities with a confirmed case of the virus. That's because unlike the coronavirus in the U.S., the flu is everywhere. People should still be mindful of proper handwashing and other preventative techniques to limit their exposure to any virus — which we outline below — but at least at this point, there's no reason to alter everyday behavior.

It's been nearly 20 years since a human coronavirus first made worldwide headlines. Known as Severe Acute Respiratory Syndrome, or SARS, this mutated animal virus was first diagnosed in China in late 2002 and went on to infect more than 8,000 people in communities across the globe. By the time the outbreak ended six months later, 774 people had lost their lives.

Then in the spring of 2012, a new type of coronavirus began spreading throughout the Arabian Peninsula. Middle East Respiratory Syndrome, or MERS, ultimately infected close to 2500 people in 27 countries and is responsible for 858 deaths, according to the World Health Organization.

Which brings us to today, when yet another newly evolved coronavirus is threatening health across the globe. To date, more than 1,000 people have died (mostly in mainland China), while 43,090 cases have been confirmed.

Here is what you need to know to keep yourself safe:

#1 What are the symptoms of this new coronavirus? 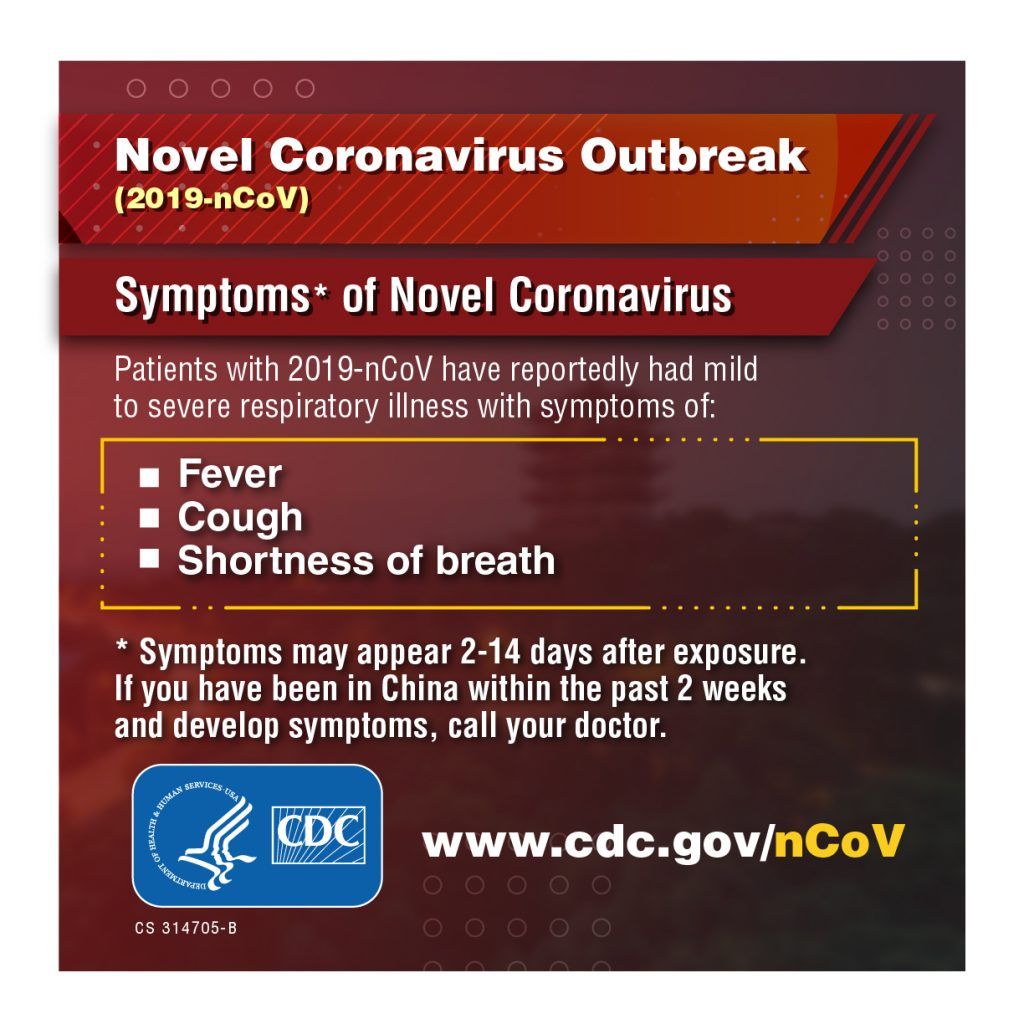 #2 Who's at risk of infection?

While the CDC notes that it isn't fully clear yet how easily nCoV spreads from person to person, it is likely that transmission occurs in the same way as SARS and MERS — through respiratory droplets released when an infected person coughs, similar to how influenza spreads.

At this point, there have been 11 confirmed cases of the illness in the United States — though this could soon become much higher due to pending investigations — which means that anyone living in the continental U.S. should take precautions to prevent infection, particularly if there are underlying health concerns that could lead to a compromised immune response.

Anyone who has traveled to China in the last several weeks should be especially careful to avoid spreading the infection — you may be sick with few to no symptoms.

#3 How can people protect themselves?

The CDC recommends the following actions to protect yourself and others from any viral infection, including coronavirus:

And as with any rapidly evolving health situation, stay tuned to updates from the CDC as well as your local health officials. We'll also update this page as more pertinent information comes to light.

Sarah is based in North Carolina, where she lives with her son and several rambunctious reptiles. Before taking on her current role with EfficientGov, she was the staff writer for the tech website DZone and served as an assistant editor with the rural lifestyle publication GRIT Magazine. She is passionate about reporting on local policy initiatives that seek to holistically bolster public safety, such as bail reform, supporting small businesses in underserved communities and the arts. Get in touch with her at ssinning@lexipol.com.

Potentially deadly heatwave is setting up across central, southern U.S.