See what drone tests are happening across seven public safety use cases from everyday search and rescue to full-scale disaster recovery efforts.

In the 10 months since we developed our 7 Life Saving Public Safety Drone Uses, drone technologies have transitioned from being underutilized to being tested in real situations. Here's how the latest drone tests are aiding first responders and others focused on rescue and recovery.

Last week in Las Cruces, N.M., Mesilla Valley Search and Rescue launched a drone or unmanned aerial vehicle, and found their target within 15 minutes and about one hour into the mission.

It was reportedly the organization's first use of a drone for search and rescue after launching its program, receiving its federal licenses and training its drone pilots.

Many rescue agencies across the U.S. are testing drones for their ability to quickly scan widespread areas.

It's still a ways off before a drone will read a suspect his or her Miranda rights, but in Southern California drones may now be seen in hot pursuit.

The Los Angeles Police Commission approved a year-long drone pilot by the Los Angeles Police Department, making LAPD the largest law enforcement agency in the U.S. to test them. The rules for the pilot limit LAPD drone use to certain tactical situations, searches and natural disasters.

Each drone flight test must be approved by a high-ranking officer, and LAPD's drones won’t have any weapons on-board. The commission will receive quarterly reports.

In Dubai, United Arab Emirates (UAE), police are also testing electric drone hover bikes for their abilities to bypass traffic, according to Mashable. The UAE's manned drone hoverbikes are based on a Russian version and reach speeds of 43 mph, according to The Drive.

Research shows that timely defibrillation drastically increases the odds of survival for cardiac arrest victims, so why not get equipment there as quickly as possible?

When REMSA's 9-1-1 communications center receives a cardiac arrest call, in addition to dispatching an ambulance, a Flirtey drone carrying an AED will be dispatched to the scene.

Dubai Civil Defense officials announced in April that they are testing 15 drones to bring fire extinguishing gear to battle fires burning high-rises, and were hoping to be able to use them for the purpose by the start of 2018, according to The National UAE Edition.

But recently, the agency also signed an agreement with Digi Robotics to develop a helicopter drone hybrid that will fight fires with foam until the fire brigade arrives, according to the Khaleej Times. The helicopter drone can be flown unmanned or manned and will have six engines and three propellers.

Infrared technology can see through smoke, so it's a natural match with fire department drones.

The volunteer Sabine, Texas, Fire Department has been testing a new drone equipped with a forward-looking infrared (FLIR) camera. The thermal camera can zoom in up to eight feet, showing a person or an animal, in the dark. It can also provide a temperature reading from 400 feet.

The drone being tested has a 20-minute battery life, but with a top speed of 49 mph, it can be replaced quickly to resume a search. Sabine Fire Chief Richard Sisk recommended using drones with thermal cameras in concert with grid rescue operations and to aid rescue dogs.

While hobby drones may impede efforts like firefighting during recent wildfires, or fly above their legal limit and impact commercial aircraft, as one did recently in Quebec, Canada, drones could continue be called upon to assist disaster rescue and recovery efforts.

After Hurricane Harvey inundated rescue operations in August, the Federal Aviation Administration asked Tom Walker, a Navy veteran, to use his app DroneUp to enlist its 300 Houston-area drone pilots to aid in search and survey efforts, according to NBC's Chesapeake, Va., affiliate.

Also, through a National Institute of Standards and Technology (NIST), the University of California, San Diego, received $749,924 to test how to improve disaster resilience. According to NIST, the researchers are developing a method where a swarm of drones would collect field data on structures and infrastructure lifelines, like water conveyance and electrical and gas system equipment before, during and after a natural disaster. 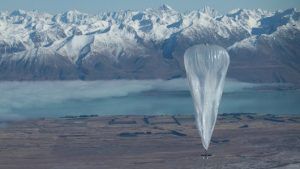 AT&T and Verizon confirmed they used drones to help with recovery efforts for recent U.S. hurricanes, according to National Public Radio. Earlier this year AT&T announced it was testing cellsites-on-wheels (COWs), but so far, the company has mostly used drone technology to speed up repair work and increase repair crew safety.

Those without broadband struggle in a stuck-at-home nation